A Calorie Is Just a Calorie…or Is It? 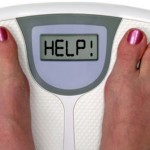 What do you think about the ongoing debate over which diet is most effective for losing and maintaining weight? Do you think one type of diet is more effective than others? If so, which one? Let us know your thoughts in the comments section below.

What if there was more to weight loss than simply consuming fewer calories than we expend?  A new study challenges nutritional dogma and suggests that the type of diet we follow could have a profound effect on the number of calories we burn each day.

New research published in the Journal of the American Medical Association suggests that losing weight—and, more importantly, keeping it off—is not just a matter of eating fewer calories. Instead, the type of diet one follows—low-fat, low-glycemic or low-carb—may significantly affect metabolic rate. Researchers found that people burned about 300 fewer calories per day while following a low-fat diet when compared to the low-carbohydrate diet.

Could this be the study that finally puts an end to the debate over which diet is most effective? Probably not, but the research is compelling.

A Tale of Three Diets

Basics of a Low-glycemic Diet

Foods ranked by the glycemic index are given scores:

Consuming foods with a high glycemic index is not recommended because these foods are ingested rapidly by the body, which can cause a spike—and then a rapid drop—in blood sugar. These wide fluctuations in blood sugar can cause extreme changes in hunger and energy levels.

Foods with lower glycemic index ratings, by contrast, are digested more slowly and do not cause the extreme fluctuations in blood sugar. These foods also are believed to help control appetite, delay hunger cues and help reduce the risk of insulin resistance.

Researchers at the New Balance Foundation Obesity Prevention Center at Boston Children’s Hospital recruited 21 male and female subjects, ages 18 to 40. After losing 10 percent to 15 percent of their body weight, participants followed each of the following three diets for four weeks (in random order):

Total energy expenditure for each subject was carefully measured, as well as other markers such as insulin, cortisol and C-reactive protein levels.

Of the three diets, the low-carbohydrate diet appeared to stimulate the greatest improvements in metabolism, but this increase does not come without a cost. Researchers noted increased cortisol, which could lead to increased inflammation and insulin resistance, and increased C-reactive protein levels, which may increase the risk of heart disease.

The low-glycemic diet, however, also improved metabolism, but did not elicit many of the same negative effects of the low-carb diet.

The low-fat diet, noted researchers, brought about the greatest decrease in energy expenditure, as well as an increased risk of insulin resistance and an unhealthy lipid pattern.

“Contrary to nutritional dogma,” says lead researcher Dr. David Ludwig, “all calories are not created equal.” And certainly, not all diets are equal in terms of long-term adherence.

“We believe  that low-glycemic index diets are easier to stick to on a day-to-day basis, compared to low-carb and low-fat diets, which many people find limiting,” says co-lead researcher Dr. Cara Ebbeling. She also notes that, because low-glycemic diets don’t eliminate whole food groups, it may be easier for people to follow and stick to them over the long-term.

Previous StoryBreak Through Your Upper Body Plateau!
Next StoryYou Are What You Think You Eat…